The flora of coastal dune systems deserve a lot of respect. Millions of years of evolution and adaptation has given these plants an unusually high tolerance to strong salt-laden winds and soil which is frequently mobile and low in nutrients. This harsh environment is also generally lacking in water and what water is available is usually salty or brackish. Plants here have developed an arsenal of physical adaptations to these conditions such as leaves designed for low water loss, prolific seed dispersal and general growth habits, amongst many others.

The first thing you notice when looking at a coastal dune is the vegetation on the fore dune (the side facing the sea) is typically of similar height and usually in a dense, stunted form.

The pioneer zone (the lower section closer to the beach) typically consists of sparse vegetation including grasses, herbs and some shrubs. These are the frontline protection for the rest of the dune and plants here typically have strong stems and a network of mesh-like root systems which stabilize the lower dune. They are, however, subject to frequent high tides or storm surges which destabilises this zone. Once you move over the crest of the dune away from the sea to the hind dune the vegetation begins to increase in size and diversity and often becomes more open. Here the soil has become more stable due to the decrease in wind and the increase in herbs, groundcovers, mosses, lichens and fungi which bind the soil. The water holding capacity also increases due to the layer of humus in the soil.

One of the most successful and prominent species in Gippsland’s dune systems is the Coastal Tea Tree Leptospermum laevigatum.

This species’ defences include thick, leathery leaves and a habit of growing in dense stands, both of which help to reduce water loss. It also produces a huge number of seeds in each capsule and this increases the chance of successful germination. On the fore dunes Coastal Tea Tree tend to grow in dense, stunted forms whereas behind these dunes they can form tall, tangled thickets up to 8m in height.

Another common species is the Coast Beard Heath Leucopogon parviflorus.

Coast Beard Heath Leucopogon parviflorus is a slow growing but hardy species which produces masses of small flowers in spring. 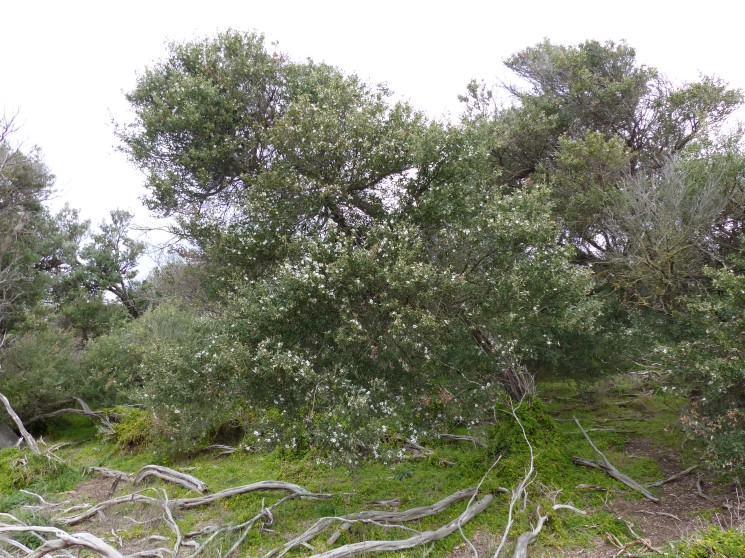 This also has stiff, leathery leaves and like the Coastal Tea Tree it can be found growing in stunted forms on the fore dune as well as taller forms in more protected areas on the hind dune. It doesn’t produce the amount of seed as Tea Trees, instead forming white fleshy round fruits.

The Coastal Wattle Acacia longifolia ssp sophorae is a brilliant stabilizer of sand dunes and is often one of the pioneer species on newly formed sand drifts. Wattles usually develop a long, deep tap root and also have the ability to fix nitrogen from the atmosphere making them one of the heavy-weights of the dune system. It’s these characteristics which make this species a major environmental problem outside of it’s natural range.

Coast Banksia Banksia integrifolia is one species which, although quite hardy, hasn’t developed the degree of tolerance to salty winds as the previously mentioned plants. As such it is often sparse and stunted on the fore dune but can be prominent and occasionally very large on the land side. Coastal Banksia flowers most of the year but rarely in summer and honeyeaters especially love the flowing nectar it produces.

One distinctive species in the dune system is the Cushion Bush Leucophyta brownii.  This rounded and very compact shrub has whitish-grey foliage and tends to grow in exposed sites. Due to its compact form it helps to protect and bind the soil as well as offering refuge for small animals. The leaves are reduced and flattened against the stem which helps it reduce moisture loss.

The compact nature of the Cushion Bush Leucophyta brownie

Other common shrubs or trees found on coastal dunes include: 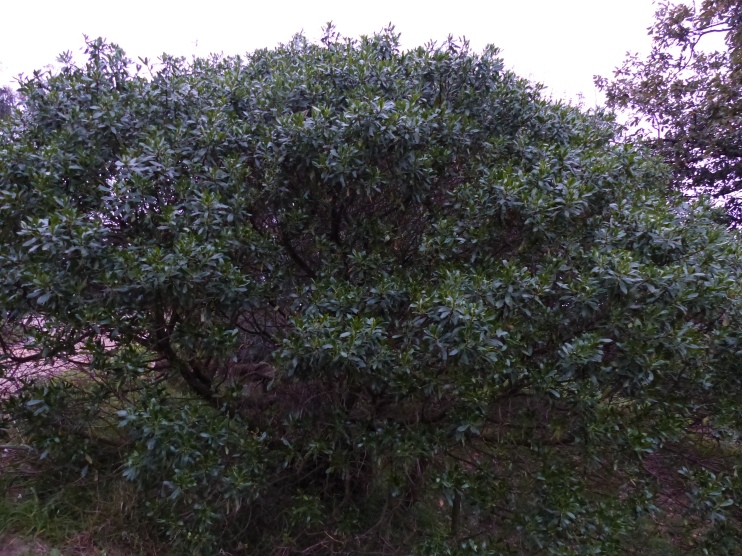 Drooping or Coast Sheoak Allocasuarina verticillata. This is a large shrub or small tree almost predominantly found on the backs of dunes and all members of this genus have evolved highly modified branches and leaves. The teeth-like leaves are reduced to extremely tiny whorls at the nodes of the long and slender branchlets. As the leaves are so small the branchlets actually perform most of the function of photosynthesis thus reducing the amount of water lost through transpiration. Due to this fact Allocasuarinas have colonised a large part of Australia including many dry and extreme environments. 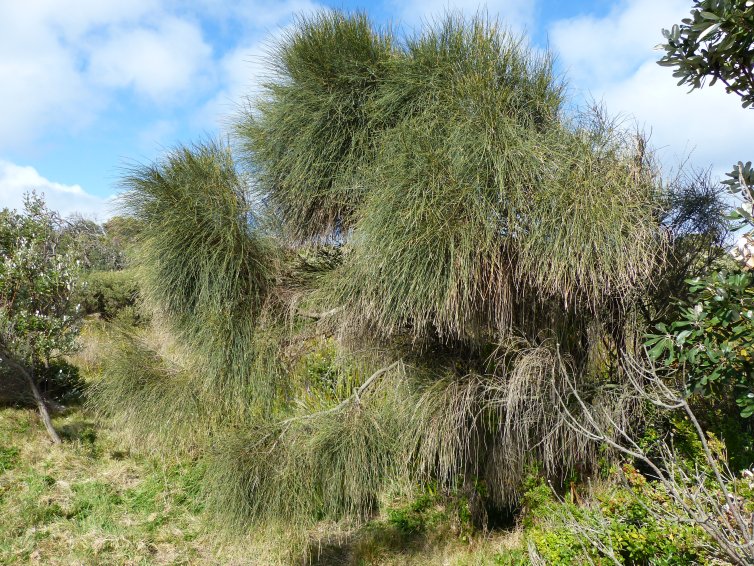 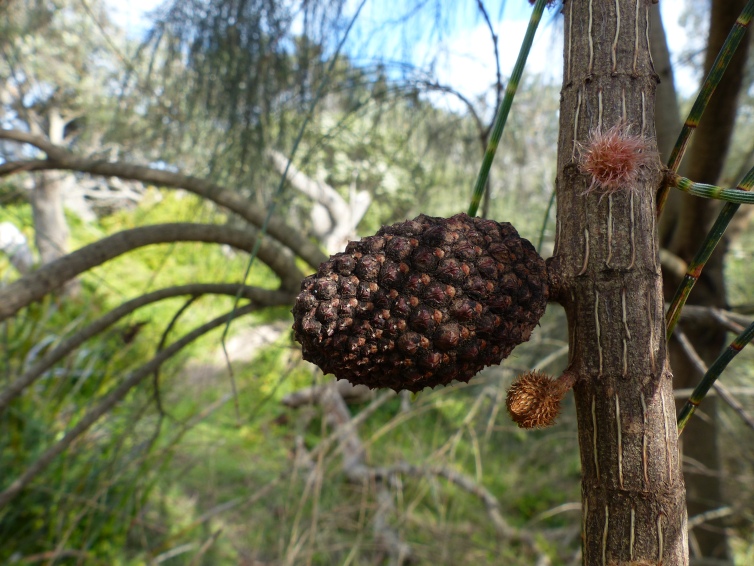 White Corea Corea alba. This low shrub grows in all parts of the dune system and develops white tubular flowers in late winter to spring which small honeyeaters particularly like.

Although coastal dune systems are extremely hardy they are no match for the ignorance and greed of property developers and as such have been devastated in many areas for housing and ‘aesthetics’. In fact the role these dunes play is immense and include protecting inland environments from intrusion from high winds, salt-laden air and storm surges, not to mention the biodiversity and ecology of these areas. Dunes also provide a reservoir of  sand to replenish beaches in the event of destructive weather events.

Upcoming posts will include the other flora of these fascinating dunes.