There’s something about Buchan in east Gippsland that draws our family in every time and it’s not the Buchan pies or the ridiculously touristy Buchan Caves Reserve in town (they are both pretty good mind you). We’re always looking for something away from the raucous flocks of tourists and exorbitant prices and after Christmas we found such a place.

Tucked away east of Buchan is a small campground called Balley Hooley at the junction of the Buchan and Snowy Rivers. We had been here two years before but only for a swim so this time we decided to camp here for 5 days from Christmas day.

On Boxing Day it rained on and off for most of the day and the following few days the river rose quite a bit. We spoke with a couple of kayakers who regularly paddle down this stretch of river and they said it’s the highest they’ve seen the river in summer for a while. 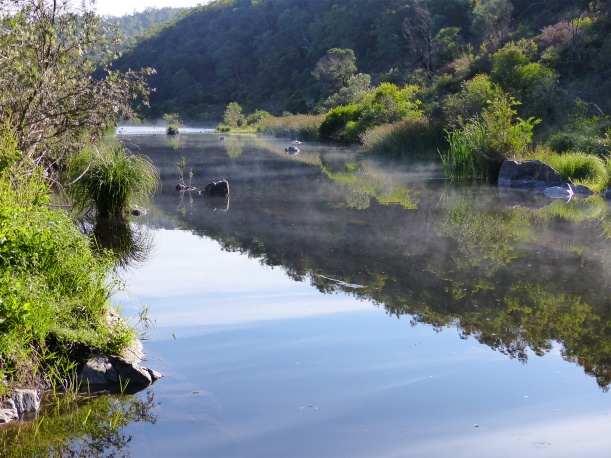 Reptiles were common everywhere and although people kept saying they saw Red-bellied Black Snakes I didn’t see a single one!  The ubiquitous Lace Monitors Varanus varius were common around camp looking for scraps and one we saw skulking around was huge and very old.

In the woodland I saw a few Jacky Dragons Amphibolurus muricatus as they scuttled a short distance before becoming nearly impossible to see in leaf litter.

Black Rock Skinks Egernia saxatilis were occasionally seen sunning themselves on large logs in the nearby forest. This one below was reasonably friendly and happy for me to approach closely.

Along the Snowy River the large Gippsland Water Dragon Intelligama lesueurii howittii was very common and as we approached by canoe many would scramble awkwardly over rocks on the river edge or dive in the water. 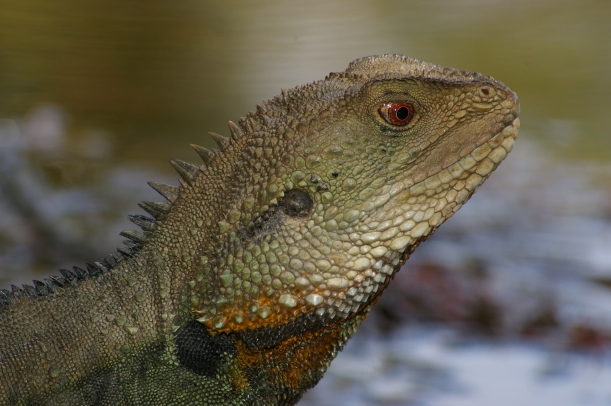 Also near the river bank were Yellow-bellied Water Skinks Eulamprus heatwolei. Like the Water Dragon these lizards are good swimmers and can hunt in the water for small aquatic animals.

At night the girls and I went hunting for frogs by torchlight and found many small frogs (most with remnants of tails) and tadpoles. I’m pretty sure these were Lesueur’s Tree Frog Litoria lesueurii. No adults were seen but they were heard.

Many plants along the river edges were in full bloom such as the Kanooka Tristaniopsis laurina with its yellow Leptospermum-like flowers.

Also in full bloom was Burgan Kunzea sp. Species within Kunzea, especially K. ericoides have had several name changes and K. ericoides which I’ve been so familiar with is now only a NZ species and the original one is split into 3 species! BOTANISTS! There is a rare Kunzea in the upper Snowy River and this one in the photo may even be it but I’ll leave it to the experts. 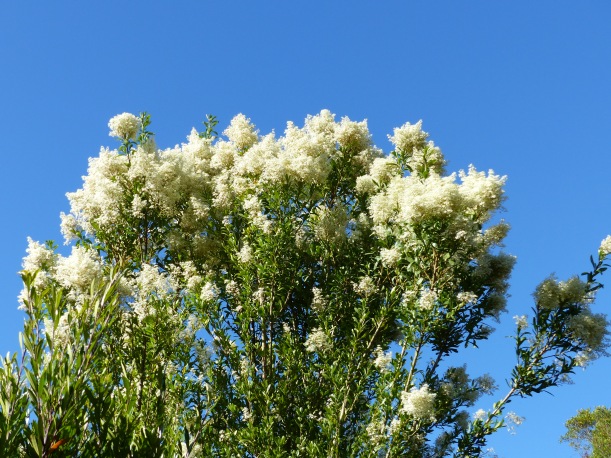 As I’m unfamiliar with a lot of the East Gippsland flora there were many I haven’t ID’d. Here’s a few of them I found along the river near camp: 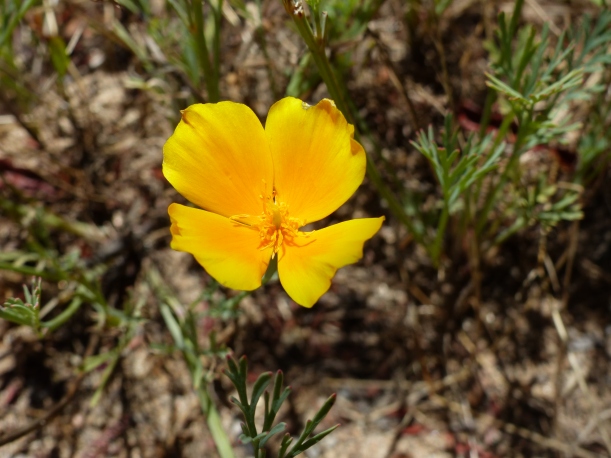 Through word of mouth we heard about the nearby Wilson’s Cave which is a free-to-access cave on Parks Victoria land. We finally found it after parking off the Buchan-Orbost Rd and looking for the less than obvious sign. Once we found the entrance down the bottom of a hill we donned our head torches and followed a series of long tunnels and dead ends for several hundred metres before finally emerging back into sunlight through a very tight exit hole and realising we had actually walked underneath the road. It didnt have the brilliant decorations of the more popular caves in the area but the girls (and us for that matter) were absolutely thrilled with the adventure of exploring this underground world. 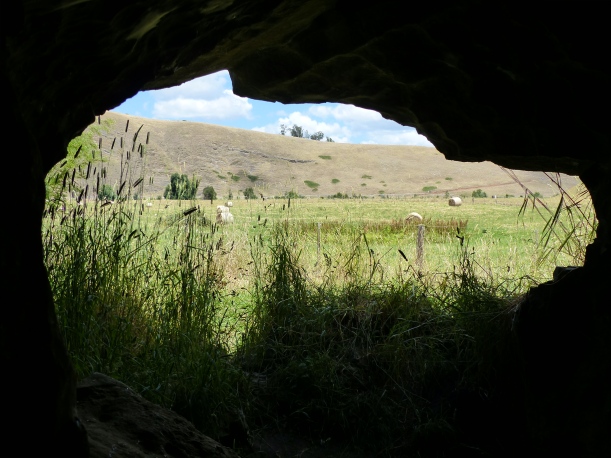 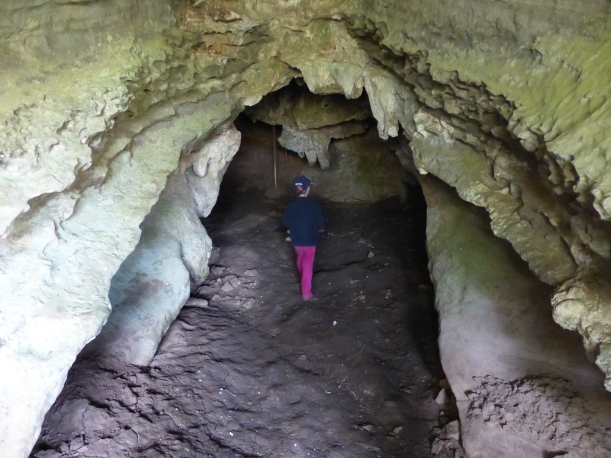 Another fork in the cave. Which way?!

A drive to another free-to-access cave system at the Potholes Reserve was less successful as they either were padlocked for safety reasons or required abseiling equipment to access. Maybe next time.

I did find at the reserve an interesting looking fossil which at first glance I thought was an imprint of a shoe in mud but turned out to be solid limestone like the surrounding rock. 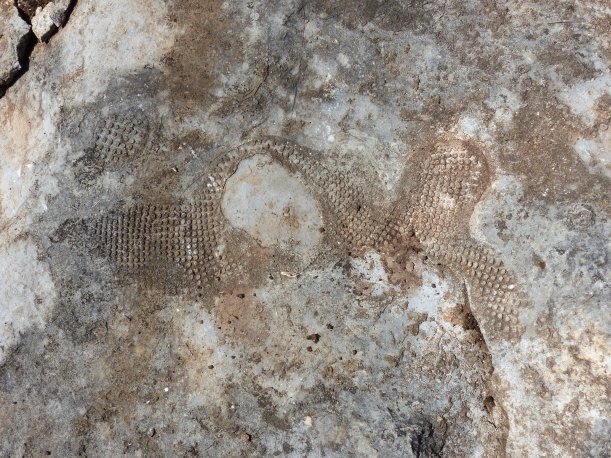 I’m not sure what it may be a fossil of, even after trolling the internet looking for anything similar. Anyone have any ideas?